#GFND Marion Giant Jalen Blackmon
“The beauty of this class is its ridiculous depth. Marion’s Jalen Blackmon is the real deal. He will have to come back from a knee injury that cost him the final 17 games of his junior season. I was at Marion when he got injured against Cathedral and he was unstoppable for a large portion of that game. Blackmon was averaging 29.8 points through eight games when he was injured and has scored 1,565 points for his career. He should become Marion’s all-time leading scorer next season, breaking his father (and coach) James Blackmon Sr.’s record.” 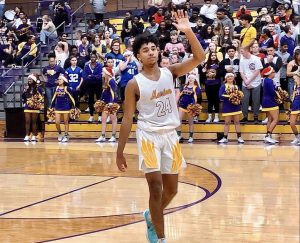