Thursday was an impromptu senior day for the five girls who were leading the Marion girls track team in 2020.

Giants’ girls coach Kevin Alsup said he hopes that in July he’ll be able to have all his girls together, nearly 40 overall, for a banquet of some sort where they can share a meal and the pleasure of each other’s company.

“I always try to focus beyond the performance of each kid and to the person that each kid is,” Alsup said Friday afternoon. “This time away from them has really made me focus on that and say what can we do to help these kids during this time. We’ve tried to keep them encouraged through text messages and (let them know) “Hey, we’re going to get through this. Hopefully we’ll be able to get together to reconnect in person and just make sure they’re doing all right.”

When Alsup took over the girls’ program three years ago, he had only eight athletes total who came out for his team. The team more than doubled in size last season, and he had around 30 girls compete in indoor track in late winter.

Alsup expected that number to increase with the outdoor season. Having numbers in able bodies is essential to team success in high school track and field, and so is leadership. The Giants’ girls were going to be very young, with at least 10 freshman on the roster, and Alsup was excited about the leadership roles that were being filled by seniors I’Yela Hornady, Arin Turner, Madison Crisp, Ashley White and Tori Daehn.

“I would probably say out of the five, maybe Arin, I didn’t get to know her very well but she might be the only one who would be a leader by words,” Alsup said. “The rest of them would be leaders by example: show up every day, work hard, do what they’re asked and have a great team attitude. Just really bring our younger kids along.

“I can’t say enough good things about them,” he continued. “Obviously very disappointed that they didn’t get to go out the way they wanted and continue to make an impact and spend another two-and-a-half months with our younger kids. Definitely wish them the best and thank them for their leadership as limited as it was.”

Turner was out for track for the first time in her high school career and was already showing potential to be an outstanding thrower. In the one indoor meet the Giants were able to compete in, Turner threw the shot put more than 33 feet.

Being her first year, and Brian Burke being the throwing coach for both the boys and girls teams, Alsup said he’d only started getting to know Turner before COVID-19 ended the season. But Alsup was excited and encouraged about Turner’s potential.

“She’s a sharp kid,” Alsup said of Turner, who will attend Middle Tennessee State to study sociology. “I only that one indoor meet that I was around her, but you could tell she was eager to learn. Throwing over 33 feet her first meet is a really good start.

“With her throwing that I felt like she was really gonna do some stuff.”

Hornaday was in her second year of varsity track, but had to miss the indoor season due to commitments to Marion’s stellar JROTC program. Alsup said he saw tremendous growth from Hornaday as a distance runner throughout her junior year. Because of her attitude and work ethic, he was excited to see her continued growth as a senior.

“At the end of (last) season you could tell she was really starting to get it,” Alsup said. “We tried to work it out in the fall where she could run cross (country) and do the rangers thing with ROTC. It just didn’t work out. I know she’s getting some scholarships from that and we couldn’t jeopardize her college money and future to run cross.

“I’yela, she’s one of the hardest workers we had. Great attitude,” he added. “Very quiet but was going to give you everything she had when she stepped on there (on the track).”

White, Daehn and Crisp were also distance runners for the Giants and were helping to further solidify the foundation of Marion’s building girls track program.

During indoor season a few middle school distance runners were able to train with the high school trio, and they provided a great example of leadership, work ethic and team-first attitude essential to success in high school sports.

“They made (the younger kids) feel welcome and led them through the stretches and (said) ‘Hey, if you have questions let me know,’” Alsup said. “You can’t really put a price tag on how valuable they are to your program.

“The three of them probably were not going to be first in a race, most likely, but they didn’t care about that,” he continued. “They cared about becoming their best, helping our other kids become the best that they can be, which is what you want from leaders. Unselfish and hard working, an example what we’re trying to look for and build in all of our kids.”

Alsup and Marion boys’ coach Nate Larson have kept in communication with their athletes by using the Remind app since the season abruptly ended. The theme of most messages has been encouragement and caring, basically the same traits the Giants’ coaching staff has used to build momentum for the future of Marion track.

“We’ve just tried to keep them encouraged to finish out the school year strong first of all,” Alsup said.

“We just try to keep them encouraged and that’s why we want to try to do something when we are allowed, have an end of year banquet, sit down and eat together and just really be there for our kids.

“We were going to have kids in all of the events and that was going to be a huge thing for us. Another step forward to build the program and get it back to where it needs to be.”  (Scott Hunt – C-T) 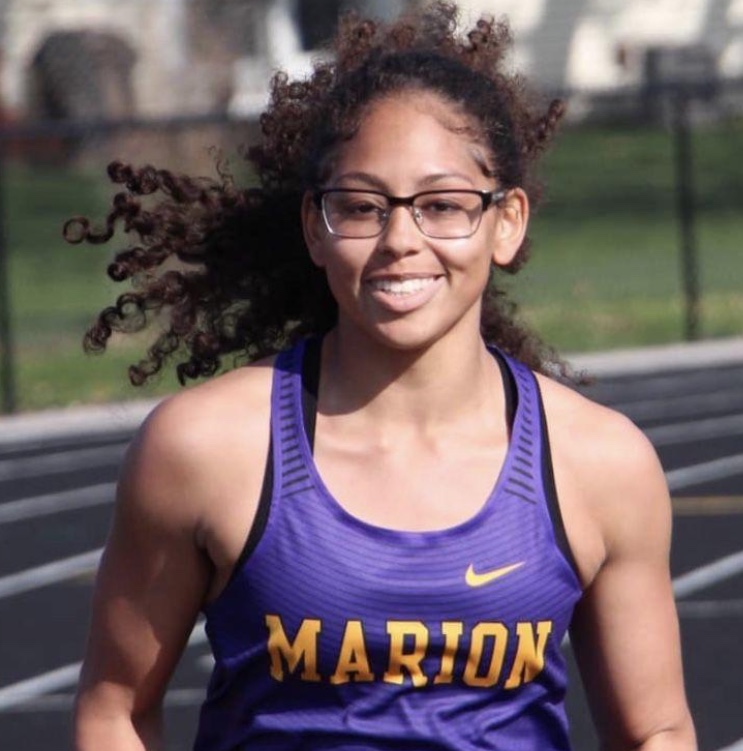