UCA All-Americans are a very select group of individuals who have displayed outstanding talent in all major aspects of cheerleading.

UCA trains more than 180,000 cheerleaders across the country every summer at their camps, and hosts more than 50 regional competitions, as well as an annual national championship. Competitions are nationally televised on ESPN, ESPN2, ESPNU and CBS Sports to more than 100 million homes and 32 countries nationwide each year. UCA has instilled leadership skills and personal confidence in more than 4 million athletes on and off the field while continuing to be the industry’s leader for 45 years.

Recognition by this organization is a GIANT achievement!

And, as UCA says, now more than ever, America needs spirit leaders — a role that goes far beyond leading the crowd on the sidelines or taking the floor as an athlete on competition day.

“It’s about being a positive light and leader in your community, no matter the circumstances,” UCA says. “These are unprecedented times … . No matter the challenge, we must all decide to rise and face each situation as leaders.”

Gabriella is that kind of leader, and we are proud of her! 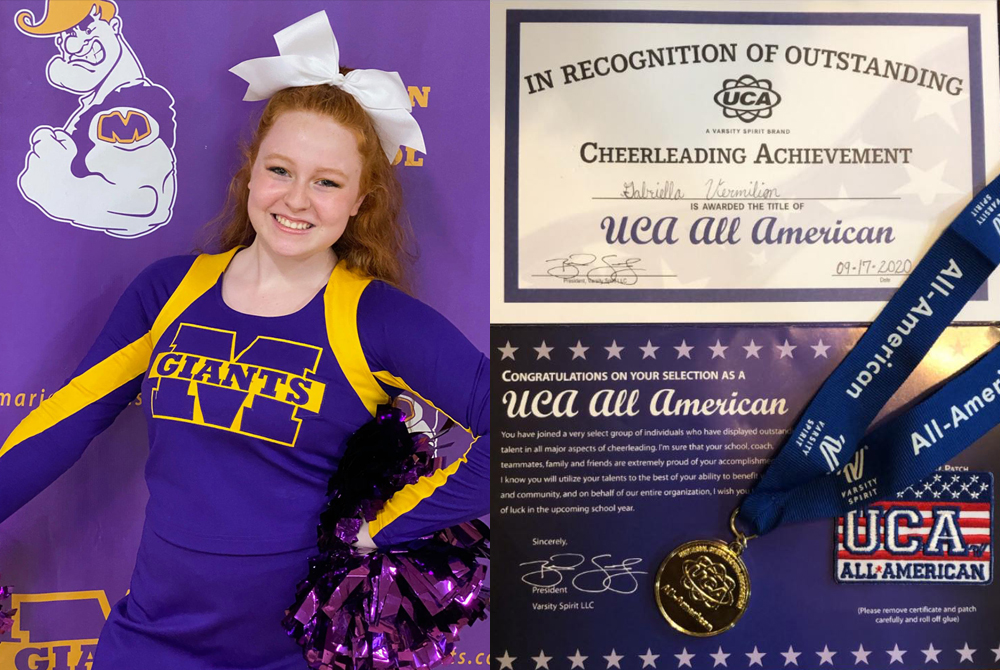