The East Division NCC wrestling competition was held Saturday in Richmond. (The NCC wrestling championships were separated into matches held by division due to COVID-19 regulations). The Giants won by a large margin, with 233 points to Anderson’s 161.5, Muncie Central’s 150, Richmond’s 112.5, and Arsenal Tech’s 85.

Smithley earned an 11-3 major decision win in the finals.

Malone-Johnson won by a 17-2 technical fall in the semifinal round then earned a 30-second pin in the championship round.

Williams scored a 23-8 technical fall win in his championship match.

The Giants also earned three runner-up finishes with junior Andrew Harris (145), senior Levi Lee (195) and senior Greg Johnson (285). Lee and Johnson both pinned their opponents in the semifinal round.

Congratulations to the Giants on this outstanding, historic win! 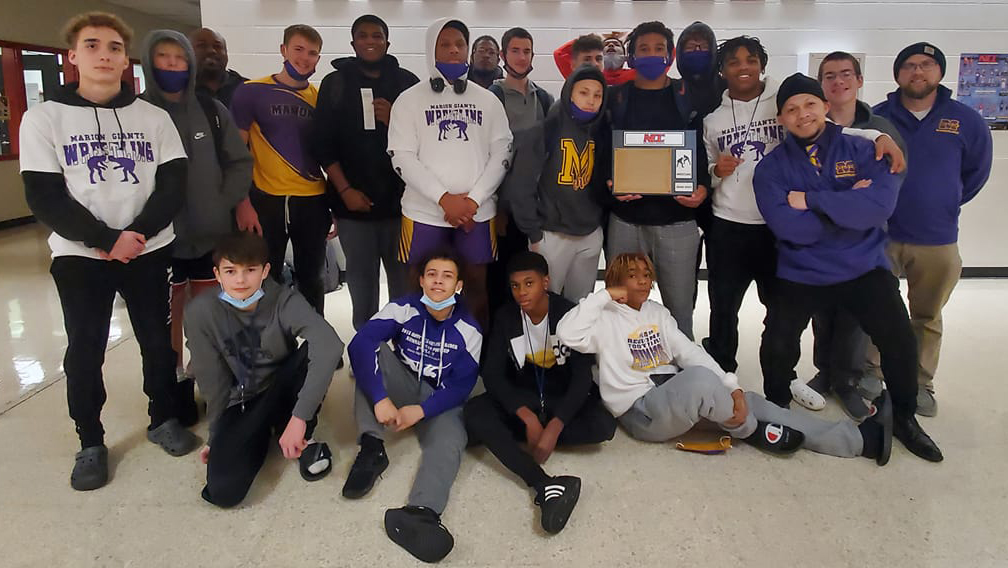